A dazzling finish to ‘the race that stops a nation™’, with Cross Counter claiming the coveted Melbourne Cup.

With a lot of rain and a heavy track rating throughout the day, early predictions and favourites all needed to be reconsidered. It was weather that has not been seen for a while for the Melbourne Cup, but in the true spirit of the day the clouds parted for the main event.

It was the third Melbourne Cup victory for jockey Kerrin McEvoy, with Charlie Appleby making history as the first UK trainer to win a Melbourne Cup. The Melbourne Cup win always seems to have a story, and this year the big story is most definitely that of the first win for Goldophin stables.

It has been 20 years in the making for Goldolpin and Sheikh Mohammed to win a Melbourne Cup and after many second and thirds, Cross Counter finally brought home the win for them. Cross Counter was follwed by Marmelo in a close second and A Prince of Arran for third.

It is a celebrated day, not only in Australia, but all over the world. With so many international horses in the field, the race is watched around the world by an audience of 650 million viewers. This year being the last year that channel 7 have the rights, with next year’s Melbourne Cup being broadcast by channel 10.

This race was the 22nd time that the Melbourne Cup has started from Steriline Racing starting gates. This year, like many other years is very special for the starting gate manufactuer. A unique difference being that this year our staff had the opportunity to hold the cup that was presented today. In October this year, the Lexus Melbourne Cup Tour visited the Steriline Racing factory, giving staff and stakeholders the opportunity of a lifetime, in holding the coveted trophy before today it was finally placed in the winners hands. So this year we can claim that ‘Steriline held the cup, now we start the cup!’ 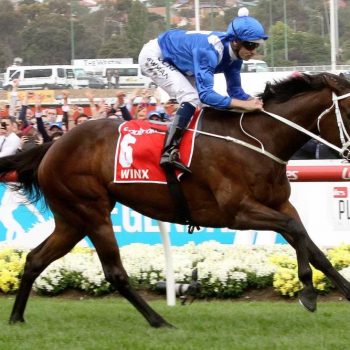 How do I select the best starting gate for my race track? 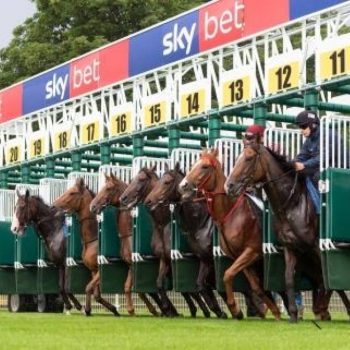